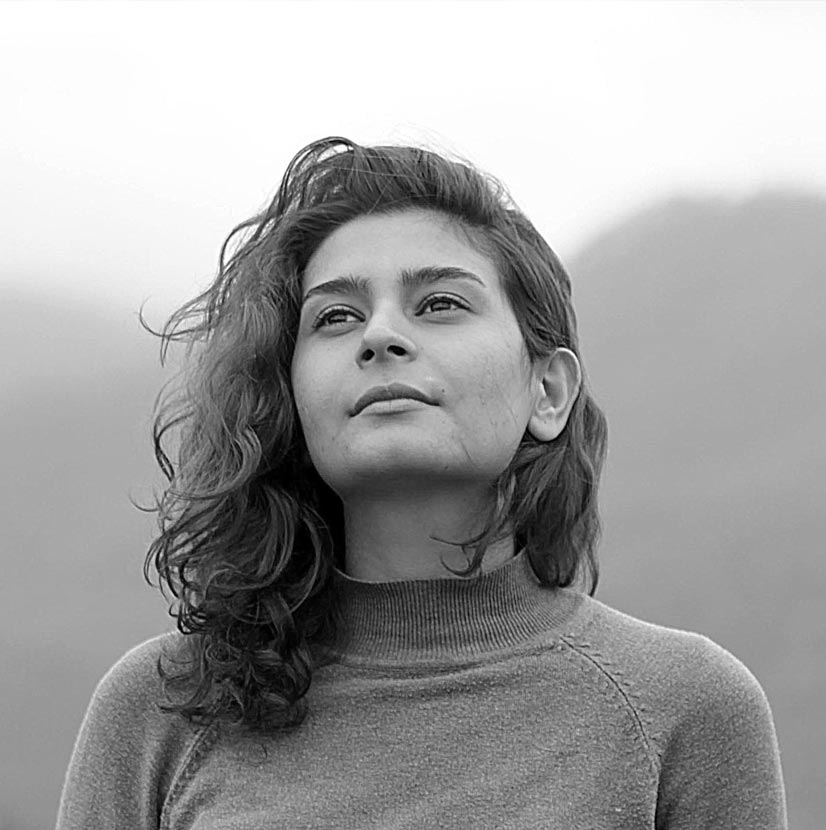 Iranian artist Farzane Ghadyanloo’s multi-disciplinary practice is rooted in an intuitive creation understanding. Whatever she is making, and no matter the medium, her artworks are the product of a deeply felt engagement with people, materials, and the world around her, making her practice and career so far a powerful antidote to the impersonal, almost industrialized approaches and processes that have come to permeate the art world in recent decades.

Ghadyanloo’s attitude to art-making was seeded in Karaj, a small city near Tehran. Born to a farmer and a carpet weaver, she would wonder at the raw, primal creativity practiced by her father as he planted trees and crops and watch with fascination as objects of intricate beauty emerged beneath her mother’s fingers.

It was a large family and has developed an early love for literature. Ghadyanloo came to see its characters and complications through the lens of Tolstoy, quoting Anna Karenina’s opening lines: “All happy families are alike; each unhappy family is unhappy in its way.” It was in the family home that her impulse to render life in art took root.

Farzane spontaneously decided to enroll in 2009. She had thought her creativity initially would find expression in the written word, in a student of cinema and film directing at the University of Tehran. She quickly fell in love with the works of unique directors as Agnes Varda, John Cassavetes, Nuri Bilge Ceylan, and Leo Karax. Although she had deviated from the page, her early film works were rich with visual poetry. Following this early success, Ghadyanloo continued on the well-trodden path of many precociously talented contemporary artists.

She enrolled on an MA but chose not to finish because, though she loved cinema, institutionalized learning did not offer the freedom and inspiration she craved. Given her talents, she then quickly found work teaching photography, and during this period mounted two exhibitions in Tehran: “Thursdays,” which depicted her family’s ritualistic coming together under her parents’ roof, and “ Street Carpet,” which captured the everyday lives and movements of Tehranian citizens. But a working life framed by institutional monotony failed to provide satisfaction. As an artist whose earliest creative impulses sprung from the earth, craft, and the intimacies of every day, Ghadyanloo resolved to return to what inspired her most. So it was that she set out on a year-long exploration of her home country, the beauty and diversity of whose human and geographical landscapes have charged her works ever since.

While living in Iran has provided the foundation of Ghadyanloo’s practice, her work is universal, and residencies have only widened the scope of her art.

When it comes to her talent in 2017, which she was invited to both Spain and the Czech Republic for composition, this is innate. One only needs to look to her Instagram account, in which she elevates the app to an artistic medium, for an impression of her exceptional eye.

Daily Doses of Life, an informal series in which she uses the platform’s “stories” feature to string together short video clips, is startling proof that while anyone with a phone can make photographs, to make art still requires unique talent. These short digital art films are not only absorbing, surprising, sometimes melancholy, and always beautiful. They give a fascinating, humanizing insight into daily life in Iran that is essential in viewing the current global political climate.

The essence of the media in which Farzane’s career began—film and photography—is to capture moments and emotions, and while she has more recently started to create works in three dimensions, this approach hasn’t been lost. In all-new pieces that combine sculpture, collage, and photography, the artist renders her photographs— often female bodies—inside blocks of translucent resin along with wire, thread, thickened liquids, and other objects.

The effect is exceptional: solid and worldly, cinematic and stylish, but at the same time visually ethereal, with each work conveying a mysterious, visceral narrative.

Ghadyanloo has described art as an unrequited passion, and nothing could truly

describe the bittersweet quality of her creations.

Recently her practice and attention have turned more specifically to the experiences of women, especially those recovering from trauma. While her art is and always has been rooted in the minutiae of daily life, her innate talent as a visual storyteller is primed to explore those minutiae in the lives of others all over the world. We are now looking in on an inspiring moment in Ghadyanloo’s career.

As an Iranian woman who has freed herself from the bounds of Cliché art, she has the vision, momentum, and independence to create work that is ever more relevant, real, and universally relatable. Ghadynaloo has said: “My art should be derived from my era, my time, my streets, my surroundings, my nature, my people, my friends…” But when an artist employs imperatives with a refined eye, the results will always speak to a broader human condition.

Compromising an assemblage of resin-set collages, constructed from the artist’s photography projects, paint smears, and a random assortment of tangible materials, Ghadyanloo’s works depict a distorted facade of both her experienced and internalized reality.