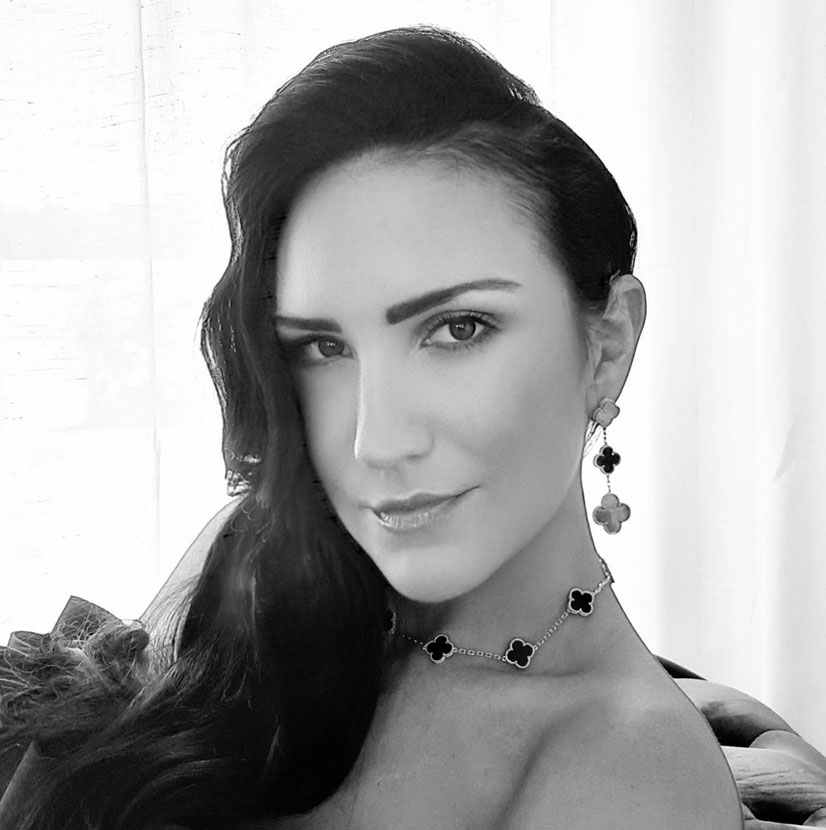 Debbie Wingham is a world-renowned fashion designer and multimedia artist. She started her career in haute couture and has gone on to explore a multitude of art forms and materials over the years, becoming famous for creating a series of the world’s most expensive items, including objets d’art, shoes, dresses, accessories and even cakes. She made the transition into the world of fine art in 2021 and her first showstopping collection of ‘Drip Bag’ sculpture has grown out of her passion for fashion combined with her love of social commentary and sense of humour.

Against the shifting backdrop of the fickle world of fashion, very few items achieve classic status – even surviving more than one season is a rarity – but in the 1980s when Hermès introduced their Birkin Bag, the stars aligned and the most iconic accessory of all time was born. The bag has been reinvented many times and has transcended its status as a fashion item, becoming a popular cultural trope.

When Debbie Wingham created her first Birkin-inspired ‘drip bag’ it was intended as a one-of-a-kind piece in solid gold, but she soon saw the potential for a diffusion range. Influenced by her admiration for a whole range of art from the Italian renaissance to Salvador Dali as well as her love of fashion, she fused traditional and contemporary elements and added, she says, ‘a soft touch of sarcasm’.

Her debut fine art exhibition, ‘Everyone’s Got Baggage`, was presented in Marbella in 2021 and garnered critical acclaim around the world. The exposition gave a positive take on mental health, demonstrating strength and growth after the Covid 19 pandemic, and all revenue went to mental health charities. The majority of her showcases before and since have included a fund-raising element and she has given artworks to charities around the world including Great Ormond Street Hospital, Global Gift, Make a Wish and a number of mental health and anti-slavery and human trafficking charities.

With studios in Malaga and Dubai, Debbie has a global following and her work has been featured at the Monaco Grand Prix, New York fashion week, Burj Khalifa in Dubai, Billionaires Club and in 5 star hotels around the world. Her high-profile clients include Justin Bieber, Drake, Katy Perry, Dubai Tourism, Kempinski Group and Accor Hotel Group, and she has earned the epthet, “the Queen of the World’s Most Expensive.” Frequently using upcycled materials, she is also a leader in Eco-Luxury