My work interweaves figurative painting with a combination of abstract expressionism and elements of pop art and can be categorized into “luminous” paintings that incorporate vibrant colours of both figures and spaces.

Colour definitely is the primary way to communicate emotion. I’m influenced by artists ranged from Egon Schiele, Lucian Freud, Francis Bacon and Caravaggio.
Aesthetically and conceptually, I’m mostly drawn to creating non realistic environments, where figures are never really people but just the idea of a person or an action.
My view often expresses the notion of silence. The lyrical flow of my lines encircles the vibrating bodies, adding the idea of time to my works.
My paintings can be assessed as an active stage where the body and the spirit converge and diverge, the external and internal world, love – loneliness, emphatically emphasizing the animosity of life and the poetry of painting, as a cathartic value against agony. Perhaps some sort of narrative can be created by the viewer afterwards, but I like to not have a huge amount of control over this when making the works.
I juxtapose colour and subject-matter to entice and stimulate thought and reflection, with an aim of challenging the audience’s perception. 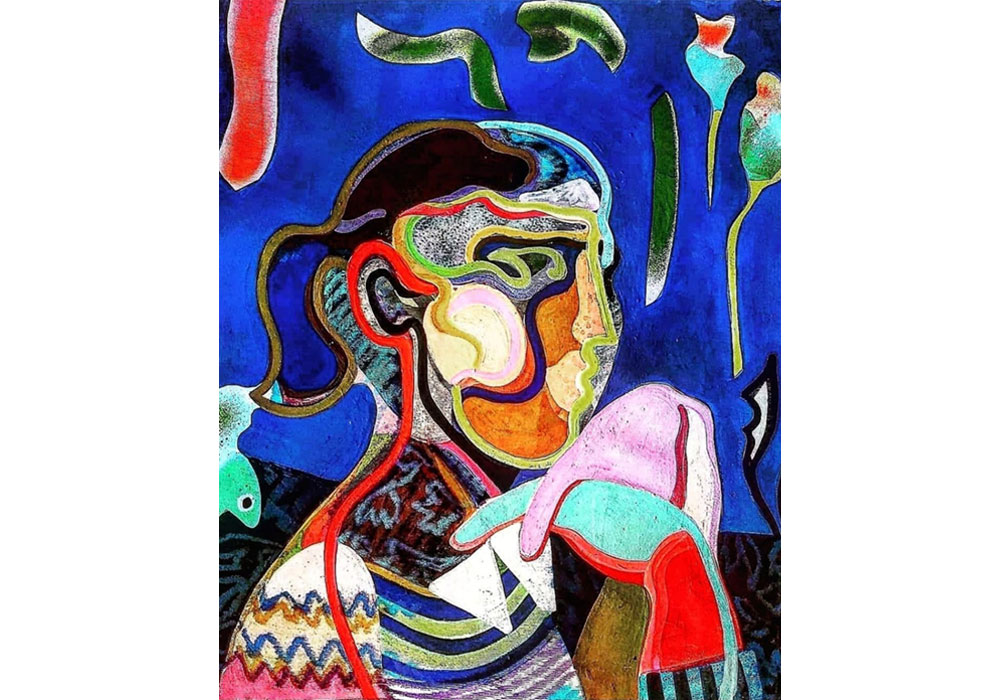 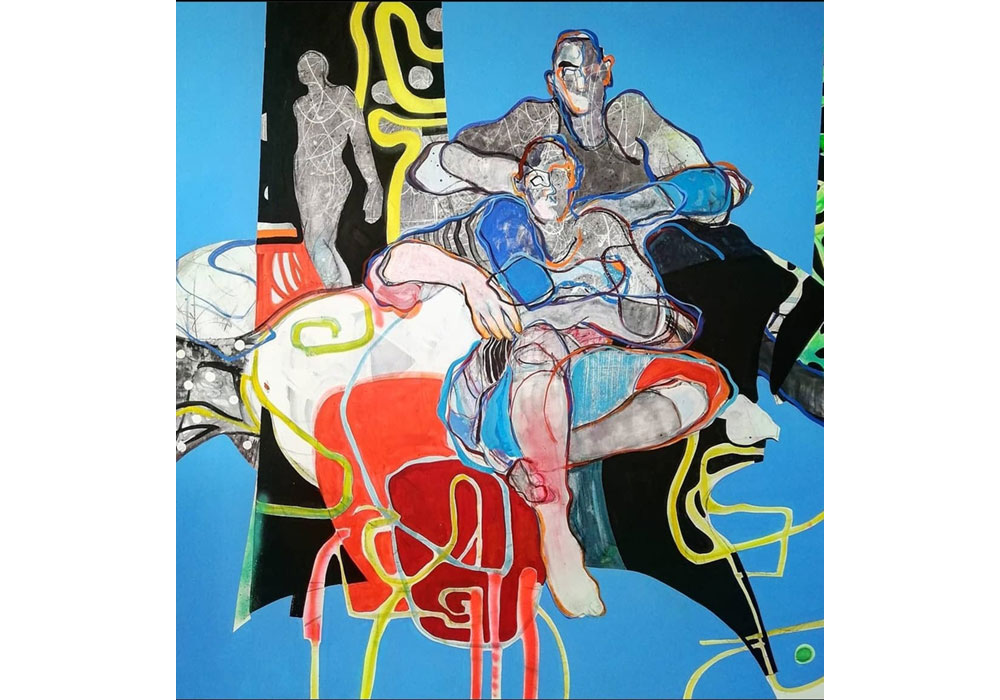 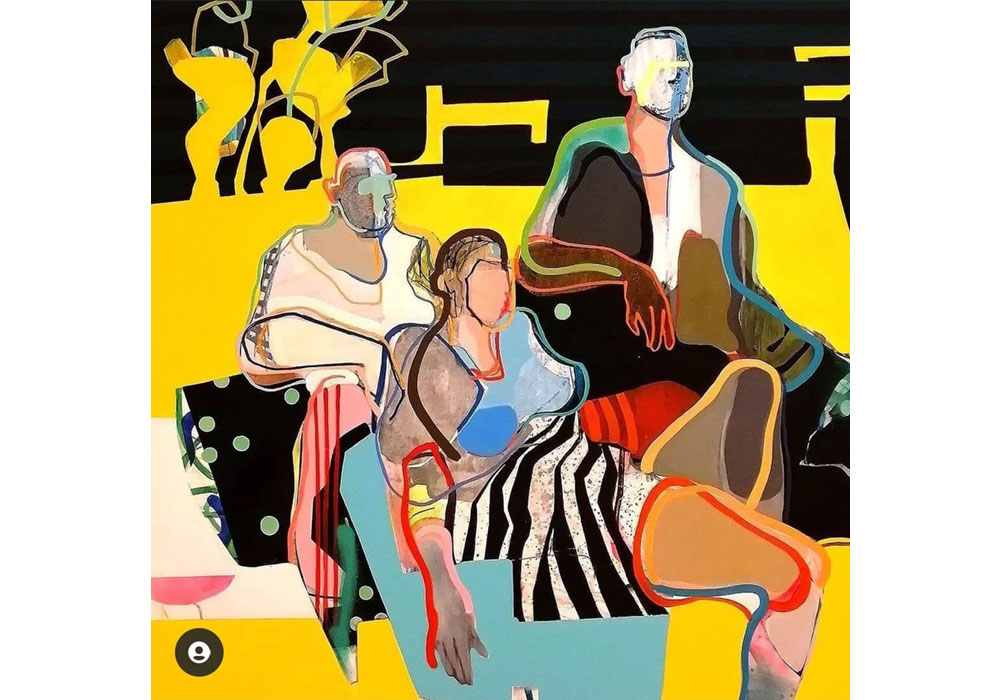 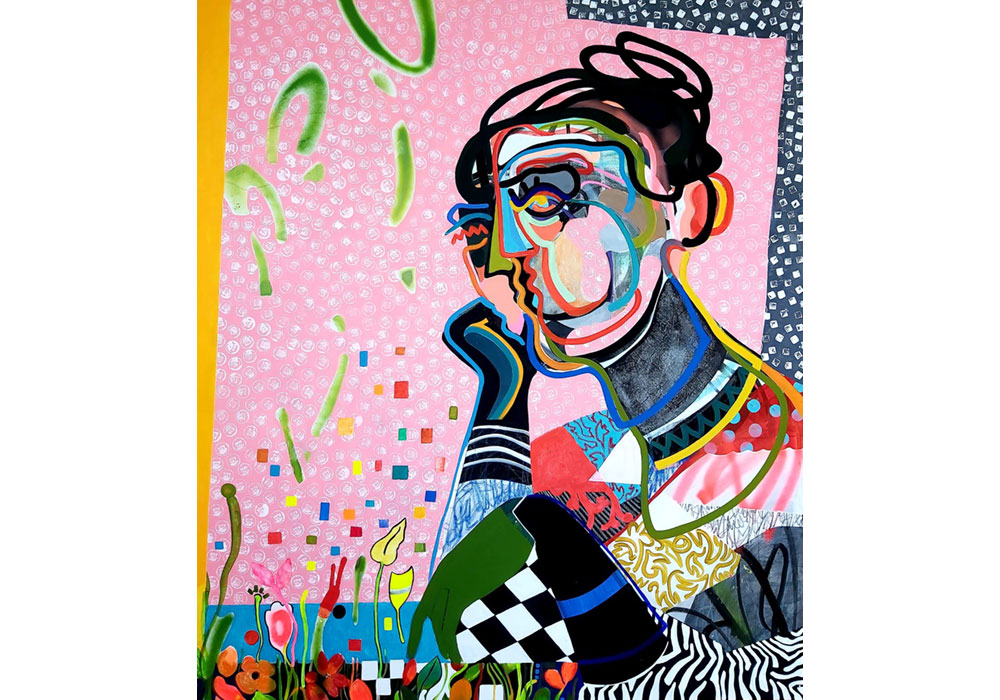 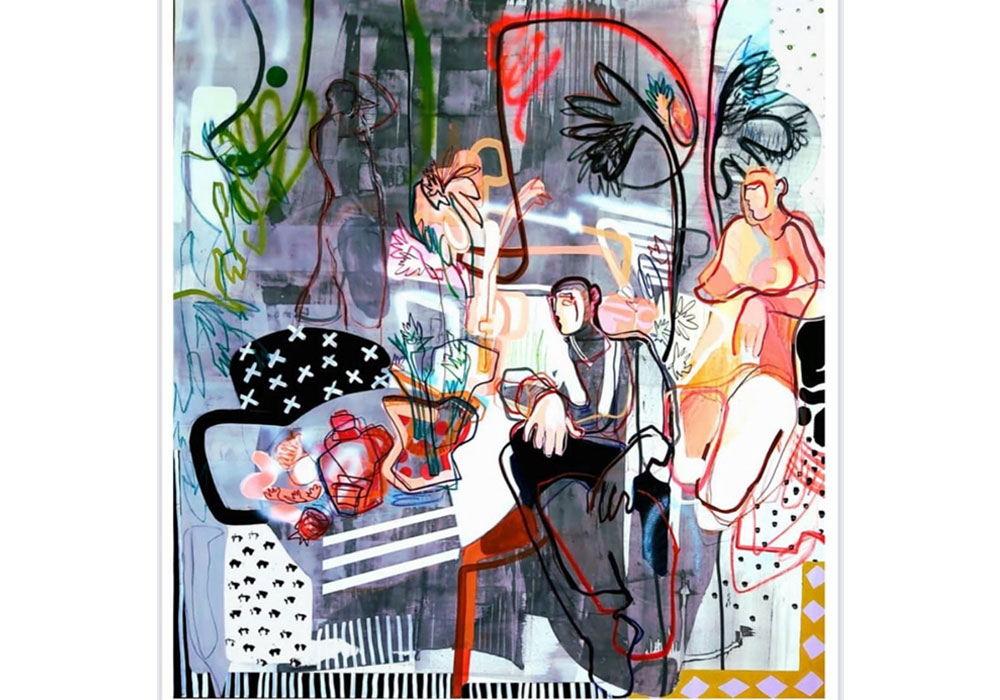 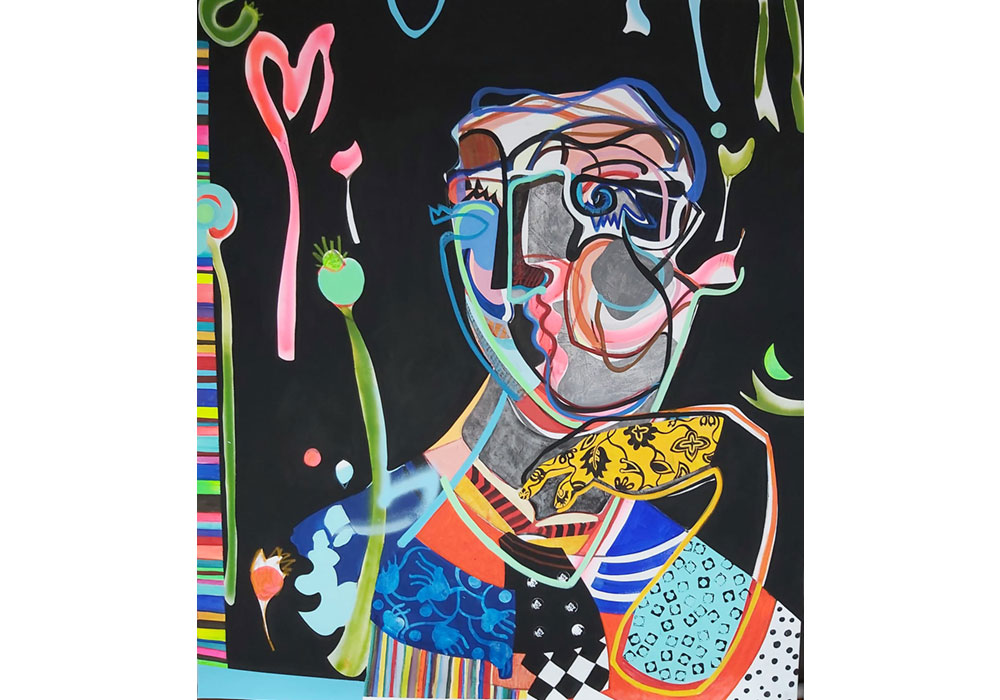 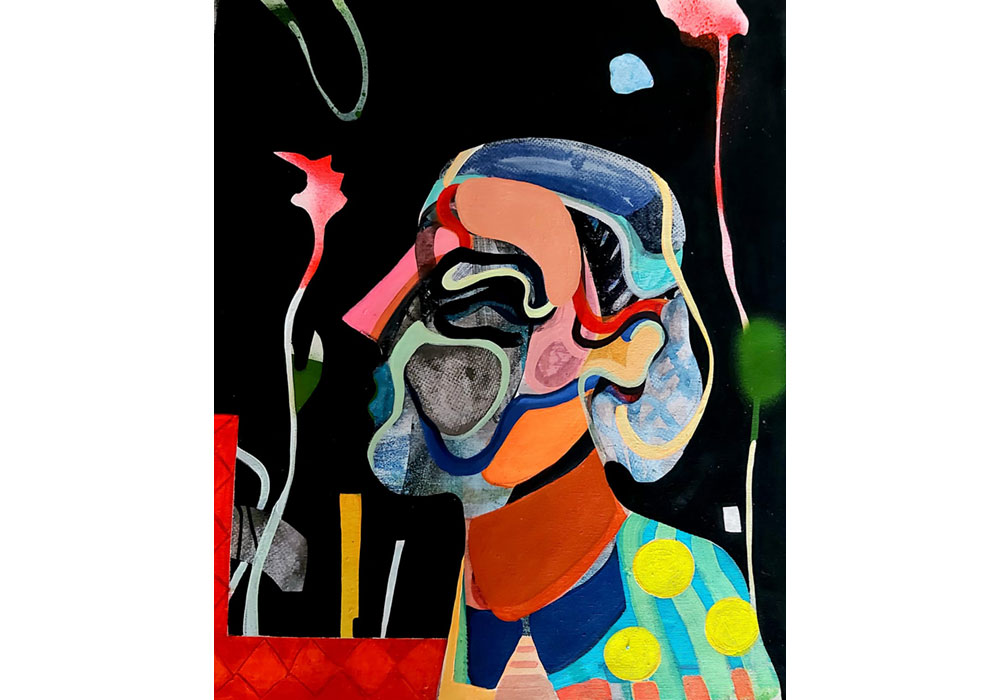 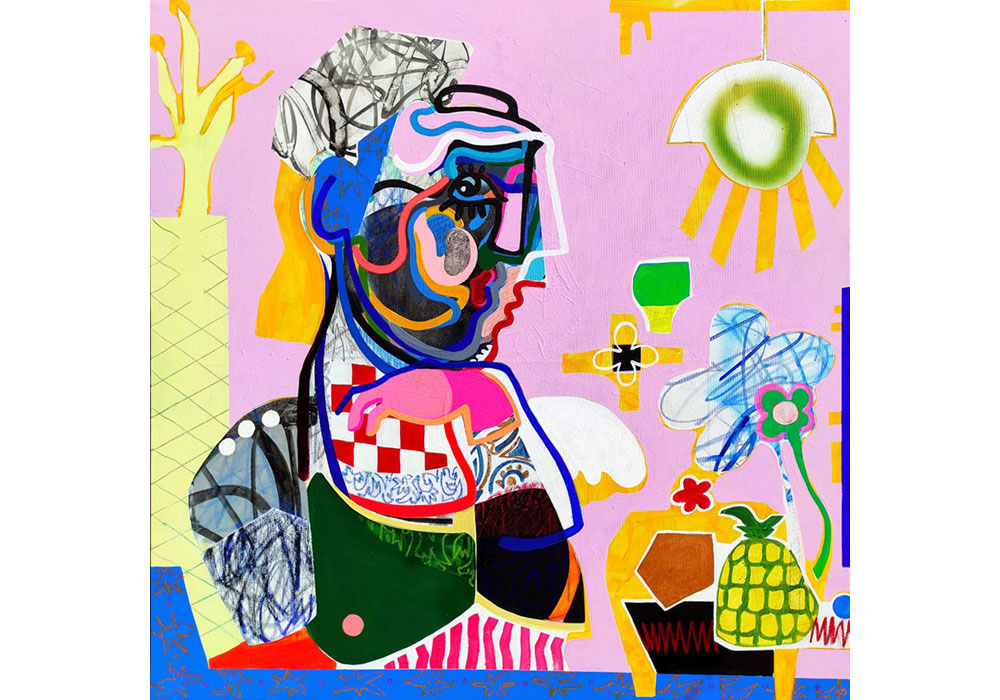 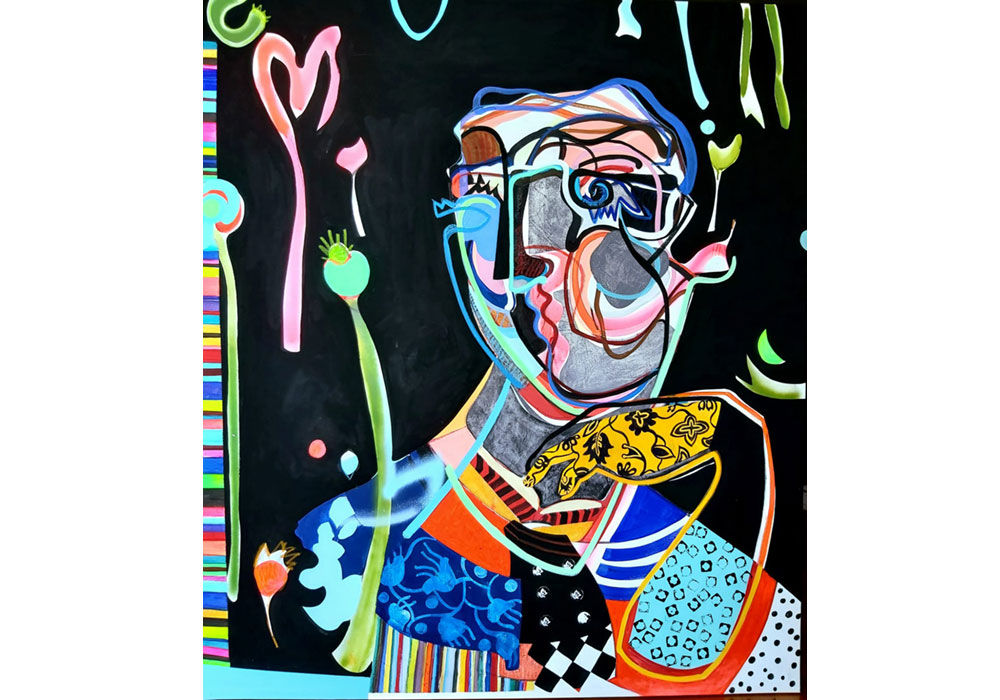 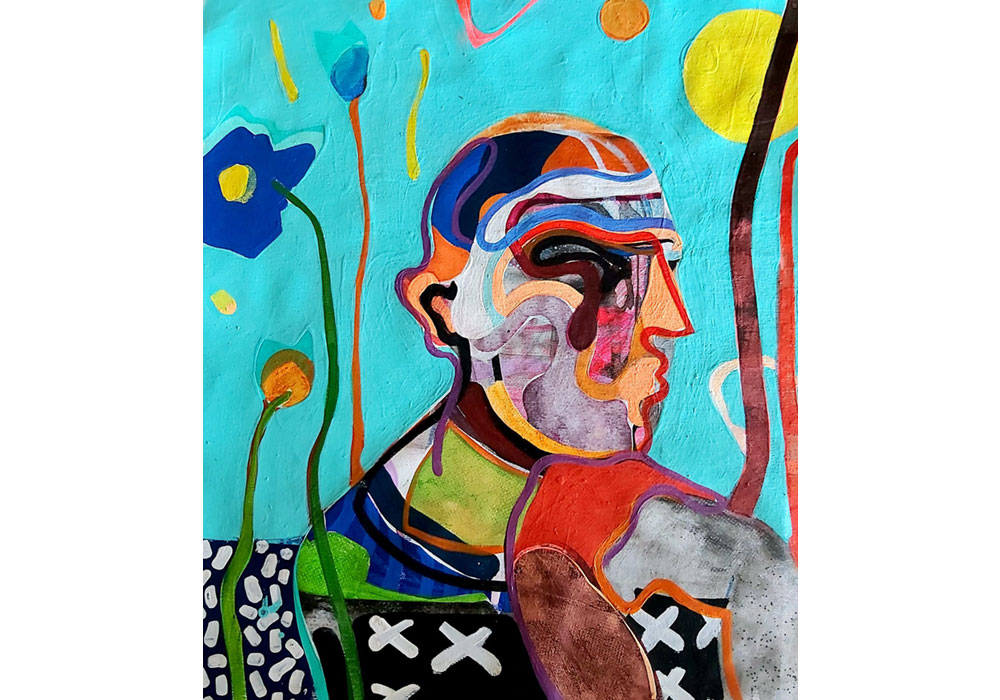 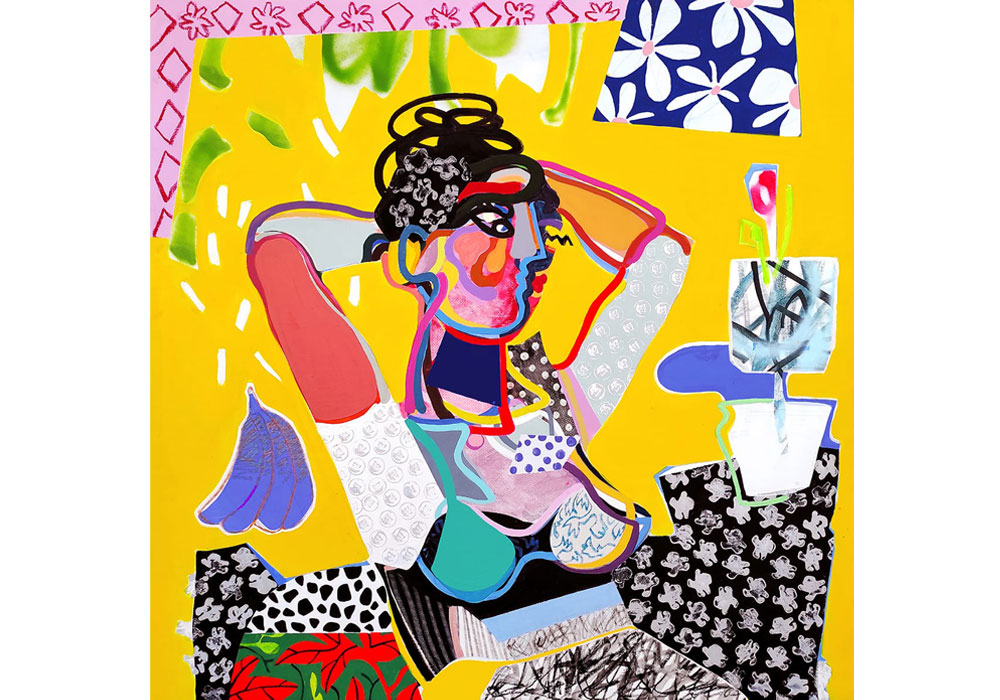 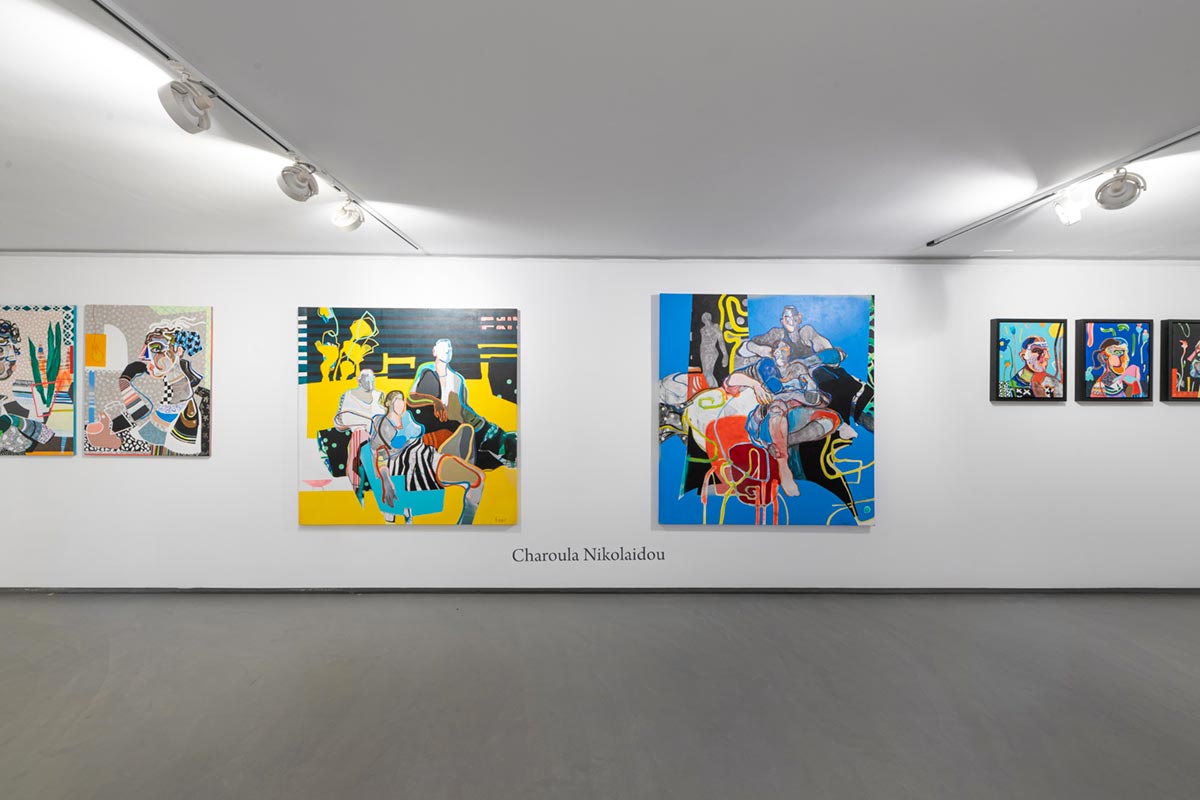 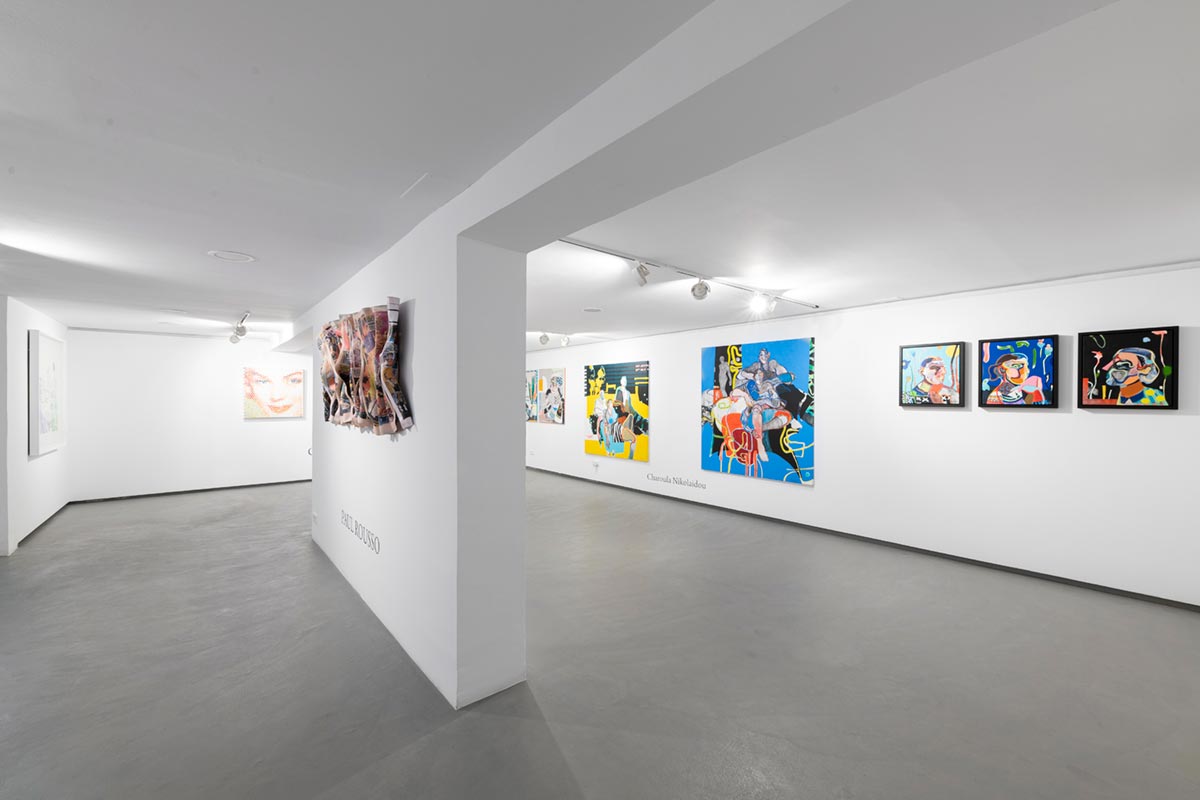 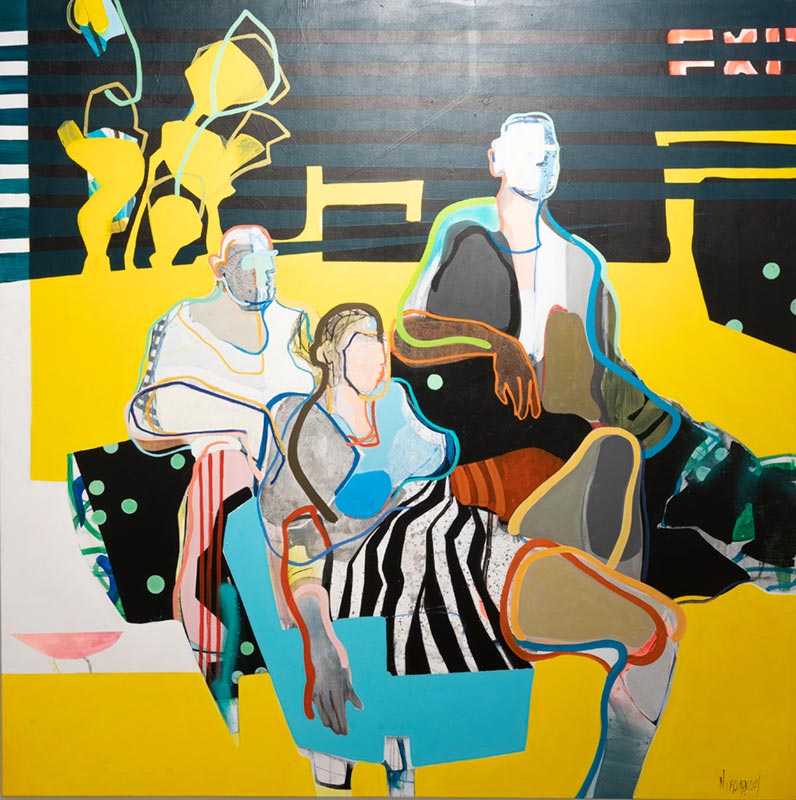 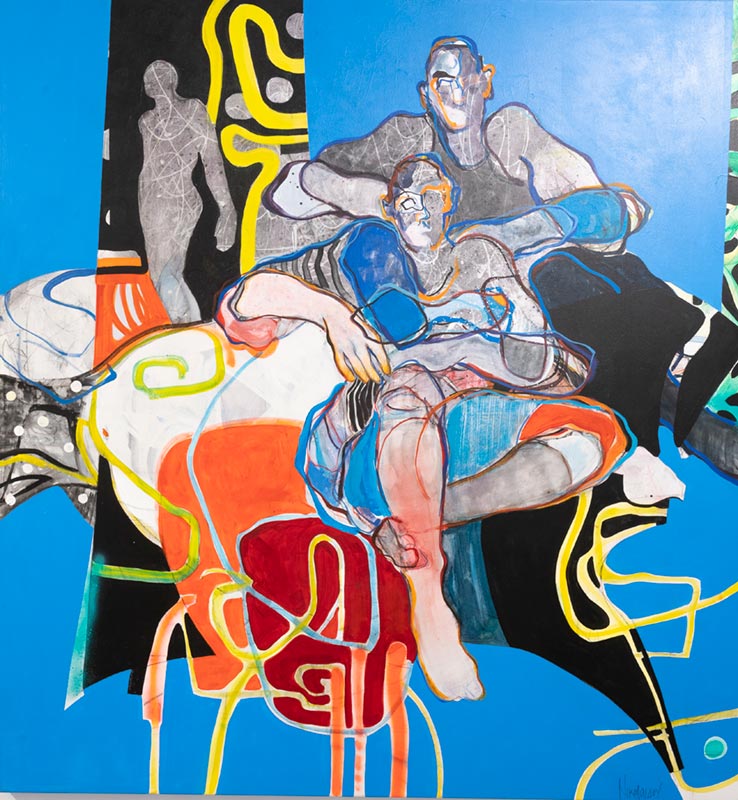 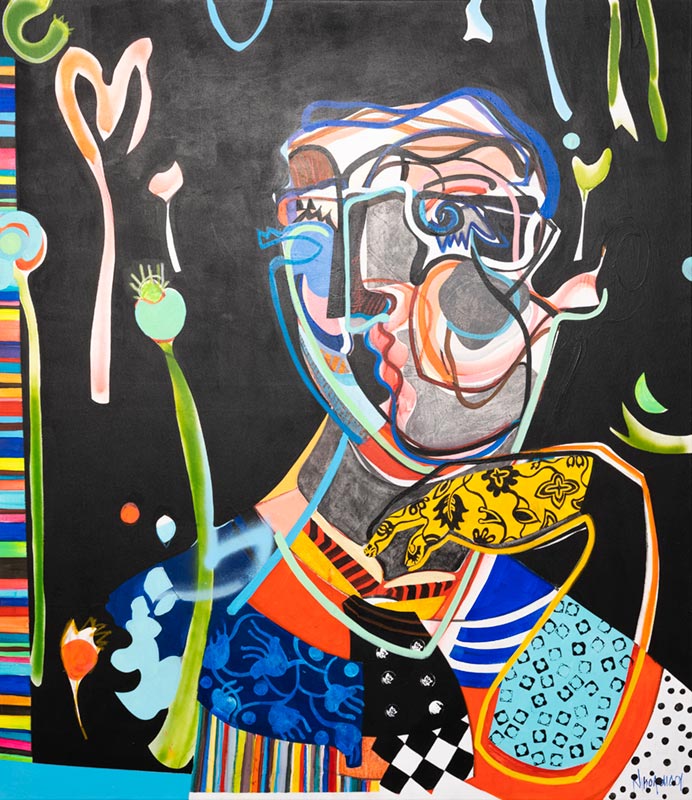