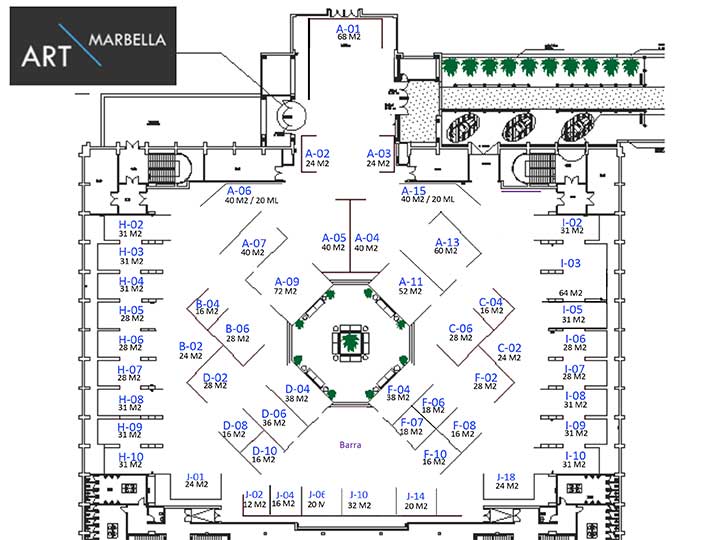 Marbella, the hot spot of the European Summer, becomes a meeting point for the contemporary art world, and a crossroads, -aesthetically and conceptually-, between Europe and the Middle East. 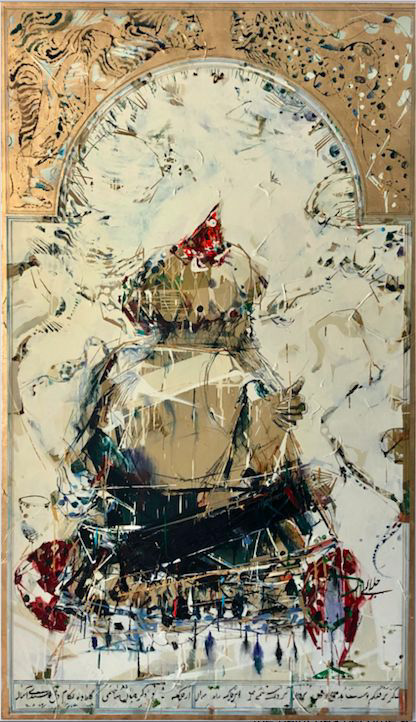 “SHAHRIAR” from 1001 Night series
2015
Shahriar Ahmadi
SHOLEH ABGHARI art gallery
Oil + Acrylic and Gold leafs on canvas
Abstract expressionist
250 x 140 cm
The artist spontaneously uses a variety of color palettes and
repeatedly paints colors on top of each other. The texture of the
painting is progressively shaped to bring the figures on the painting to
the limits of abstraction and exaggeration
The story of an Iranian king one night before the coronation. 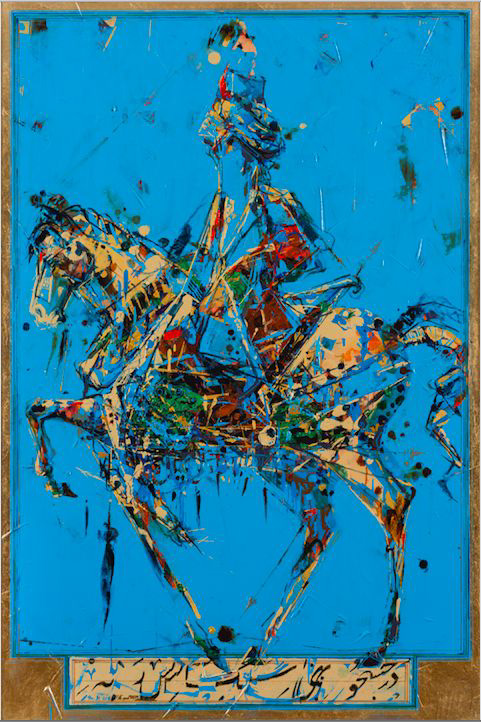 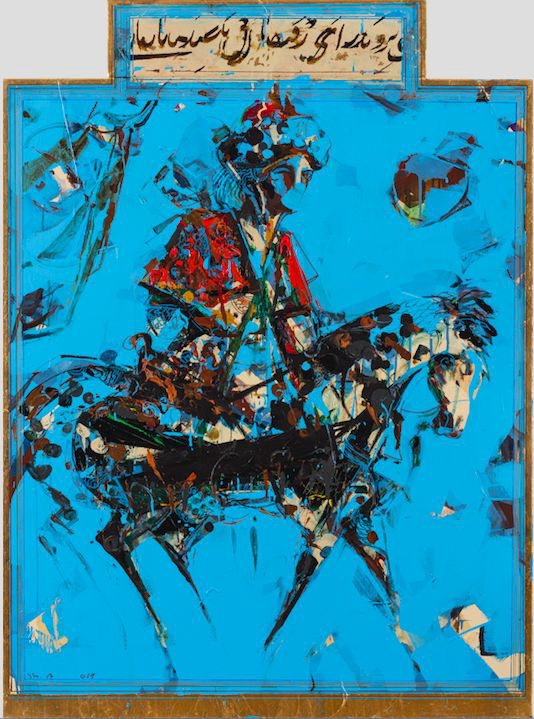 Both artworks represent RUMI’s son on a horse searching for the beloved SHAMS. In the search of firestone from the 7th century memoire series.
The artist has tried to maintain the relation between the image and the text according to the Iranian painting tradition.

SHAHRIAR AHMADI started self-training calligraphy by himself before he starts the Art School. During his professional career, Shahriar Ahmadi has tried to maintain the relation between the image and the text in his work in accordance with the Iranian painting tradition. This relationship, through the influence of the abstract expressionist movement, has created a new form of art, which, while purely formalistic, also expresses poetic concepts. For
this reason, Shahriar Ahmadi’s painting curtains can be seen as a confrontation between narration and abstraction. Another feature of his other paintings is the skillful use of brilliant colors derived from Iranian painting.

The artist spontaneously uses a variety of color palettes and repeatedly paints a color on another color, covers the form with another form, and is the result of the form-shaped forms of a thousand-pound that is in a diffuse combination, a new form of destruction and reintegration Translated into visual language. This being and lack of, finding and fading is rooted in the thoughts of Iranian mysticism, which is expressed in the words of poets such as Rumi, Hafez and Khayyam, and in the present world is reminiscent of painting. The texture of this type of painting is progressively shaped to bring human and animal figures to the limits of abstraction and exaggeration, and exhibits a new meaning in organic expressions in an expressionist action.

In 1995, he won the First Environment Award in Japan and in 2007 he won the international Painting Biennial of the Islamic world. He had more than fifteen individual exhibition in Tehran, Zurich, Lucerne, Dubai, Istanbul, London and more than 150 group exhibitions in Iran, switzerland, France, United Kingdom, Germany, Italy, USA, Turkey, UAE, Japan, Venezuela, Lebanon, Kuwait, China and others.

His works kept in prestigious private and government collections and the museums.

He was invited to Lucerne, Switzerland in 2010 by the Art Bond Foundation.

In 2016, VALENTINO the fashion brand had hanged 2 of his artworks on his winter collection runway.

His works has been exhibited in the world’s famous art fairs as well.

He is an influx of painters and influences the generation after him. Right now he is working as a lecture and the chairman of the department of painting in the University of Karaj.

During art fair marbella, on july 30 2019, there is going to be a private viewing of IRAN CONTEMPORARY exhibition. The exhibition will be held in SHOLEH ABGHARI gallery from 6pm to 8pm IRAN CONTEMPORARY is a group exhibition of 6 Iranian artists from the age range of 30 to 85 years old. The highlight of the exhibition is going to be a triptyque work overall 159×477 cm by SHAHRYAR AHMADI the same artist I am representing in the art fair Marbella. It was very challenging to ship the artwork from Iran to Marbella during difficult environment due to sanctions